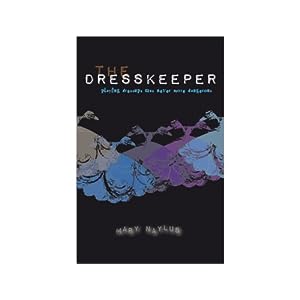 This title is suitable for children of ages 12 years & over. When Picky’s Mum forces her to look after Gran, who has dementia, Picky is accidentally transported back to the year 1685, where a man in a wig insists she is someone called Amelia and tries to kill her. Managing to get the dress off just in time, Picky returns to the present with the dress covered in blood. Who is Amelia? Is she dead? Will wearing the other dresses in the chest take Picky back in time too? And does she dare put herself in danger again?

When I agreed to review this book I did not know what to expect. This is a young adult book that features time travel and 18th century London. I actually quite enjoyed this book and would recommend it to all.

Picky is not a pretty, popular girl, who is told by her Mum that she has to spend her weekends looking after her Gran who suffers from demetia. On her first visit she finds Gran in the attic looking in an old box. She convinces her Gran to leave, but on her way down she locks Picky in the attic. For warmth Picky puts on one of the dresses from the box – and finds herself transported to 18th century London, where a man is trying to kill her – although this man thinks she is called Amelia. Picky, sensing danger and adventure starts to investigate this incident…

This is a good story. Picky is a girl who is easily likeable. She isn’t a popular girl but she is a nice girl who looks out for others. She could have used her brain a bit more – her lack of common sense and knowledge did irk me at times but overall she has a good heart. I imagine she was written as a girl who had better to things to worry about than school to appeal to the younger readers.

I think the issue of time travel is well dealt with. Fortunately for Picky there was always a reason to turn up in the dress maker’s attic and she was able to leave the 21st century due to her Gran’s condition. The history seemed decent enough but I’m not sure Picky would of had quite so many conversations with her footman Jones. The book was exciting and a quick-read. I found myself wanting to know what was going to happen – I was hooked and I really enjoyed this. It is aimed at teens but as an adult I enjoyed it. There is history, time-travel, suspense and bad dresses – what more could you ask for?!