The Compassion Prize by Katy Hollway 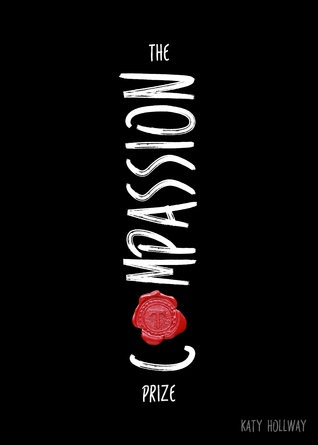 What if compassion was not an emotion that evoked a response,
but was a prize to be won?

57142 has only ever known the reality of Outside, the place where he has to glean a lonely existence from the discarded rubbish of Tropolis.

Everything changes when he receives the crimson Post. It invites him to the competition that is the Compassion Prize offering wealth, happiness and a place in Tropolis if he succeeds.

How could he refuse to enter?

This is the third novel by Katy Hollway, and is completely different from her other two books, which are part of the Remnant Chronicles. This novel is not part of this series, it seems to be the beginning of a new series of young adult books.

This is a young adult, dystopia novel. 57142 lives in the Outside, surviving off the scraps from Tropolis, until he is selected to enter The Compassion Prize. This gives him the opportunity to compete against 19 others for a live in Tropolis for him and his family. This novel reminds me of both The Hunger Games and the Divergent series for the following reasons:
1. The idea of the very rich city and the very poor outside sectors
2. Competing for a place in a different, better society
3. The public in the city voting for their favourite contestant
That said, this novel does take a different look at this type of society. Hollway starts to unpack the idea that compassion and charity can be outlawed, and the effect this has on live. There are no friendship, no trust and no communities. It is a stark look at how important compassion is. How do you survive in a world like this? Is it possible to build friendships and escape this sad existence? Is being rich and fortunate enough to live in the city actually worth it? I really liked this different take on the dystopia novel.

I found this book really drew me in. I was hooked right from the first page and would have easily read it in one sitting had I been able to! I really liked the characters. They displayed a whole range of emotions, and despite their faults and lack of understanding, I was drawn to them and wanted to see what would happen. I also liked that they weren’t all inward-looking. Some were gentle and caring, despite what life has thrown at them. They were realistic and likeable.

I liked the storyline too. The tension built really well throughout the book. I found the novel easy to read and really easy to get drawn in to. Hollway creates a world and scenes that aren’t hard to imagine. There is drama, adventure, fear and a lovely study into friendship and trust. This storyline is so different from Hollway’s other novels, yet it was such a good read. Hollway is displaying that she has a wide range of writing talents, and a vivid imagination. This book draws you in – the more I read, the more I wanted to read and find out what happened. I am hoping this is the start of a new series by Hollway as this was a great read.

I am rating this novel 4 out of 5 because I really enjoyed it. This is a great, dystopia novel. If you like novels by Suzanne Collins, Lauren Oliver and Veronica Roth than this book is for you!

The first three chapters of this book are available to read to Katy Hollway’s blog.