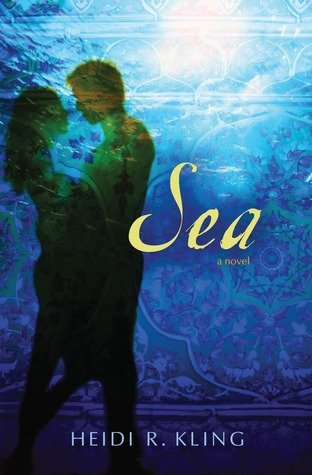 Still haunted by nightmares of her mother’s death, fifteen-year-old Sienna Jones reluctantly travels to Indonesia with her father’s relief team to help tsunami orphans with their post traumatic stress disorder-something Sienna knows a lot about. Since her mother’s plane went missing over the Indian Ocean three years before, Sienna doesn’t do anything if it involves the ocean or planes, so this trip is a big step forward.
But the last thing she expects is to fall for Deni, a brooding Indonesian boy who lives at the orphanage, and just so happens to be HOT. When Deni hears a rumor that his father may be alive, Sienna doesn’t think twice about running away with him to the epicenter of the disaster. Unfortunately, what they find there could break both their hearts.

This novel has been sitting on my shelf for an age, so I decided to add it to my 2015 Mount TBR Challenge, so I am pleased to tick it off my list!

In this book we follow Sienna, a fifteen year old girl whose life dramatically changed when he mother was killed in a plane crash. No longer fearsome, she is not happy when her Dad asks her to go on a mission trip to Indonesia, to help at an orphanage for children who suffered in the tsunami. While there, she meets a boy called Deni, and surprises everyone when she falls for him. He shows her another side of Indonesia, and when there is a chance to find his father, they run away together. But the ending isn’t quite as Sienna hoped or imagined.

I remember being desperate to read this novel when it was released, so I’m not sure why I waited so long to read it. In fact, I left it so long that I had forgotten what the story was about, so I was fairly surprised when I read the synopsis – this book just wasn’t what I had thought it would be. I’m also sad to say, it didn’t live up to high expectations I had placed on it. Maybe the lesson here is don’t leave a book so long to read!

So how come it didn’t live up to expectations? I think the main issue I had with the novel was I couldn’t relate to Sienna. Now I have never faced anything as awful as losing a parent or been a victim of something as horrendous as a tsunami, but I struggled to empathise with Sienna or Deni for that matter. Perhaps unfairly, I just found them to be moody teenagers – children who thought they knew best. There were some things they did which I also found very unrealistic – like running away together. They disappeared off more than once and weren’t caught. I find it hard to believe that a father takes his vulnerable fifteen year old daughter to the other side of the world, and then doesn’t know where she is.

All that aside, the storyline was fascinating. Taking a close up look at the tsunami and the impact that had on the children was heartbreaking. I don’t know how realistic the orphanage was, but those children I could feel empathy for. They were lost and scared. The thunder storms brought back horrible memories and their living conditions were so poor. I guess this book was eye-opening into a culture I have never experienced, and it wasn’t easy to read about their new lives. It also wasn’t easy to read when Sienna and Deni return to his home and see the loss and devastation there. To be honest, it was hard to comprehend the pain.

This was an interesting read – such pain mixed in with a teenage love story. For me, I didn’t need the love story. Sienna going to Indonesia would have been enough. Others will disagree with me and will have connected with her in a way I didn’t. I am rating this book 3 out of 5 because if you put the love story aside, I did enjoy this story. It was sad, yet eye opening, and heartbreaking. What I am left with is a sense of deep sadness for those children.