Amazon.com and Penguin Group came together to provide authors with the chance to win the Breakthrough Novel award. There are two winners – one for general fiction and one for young adult fiction.

And the 2010 winners have been announced: 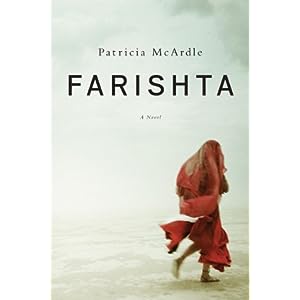 Synopsis: Patricia McArdle, a resident of Arlington, Va., is a retired American diplomat whose postings have taken her around the world, including northern Afghanistan. Her novel, Farishta, centers around a female American diplomat who, transferred to a volatile, remote outpost in northern Afghanistan, provides aid to refugee women fleeing the violence. She becomes their farishta, or “angel,” in the local Dari language. Julie Barer of Barer Literary, LLC, one of the Amazon Breakthrough Novel Award’s expert panelists, described McArdle’s Farishta as “a moving and fascinating story of one woman’s work in a place that few Americans have experienced beyond newspaper headlines and CNN stories. Both the originality of the setting and the quality of the writing make this debut stand out in the crowd.”

Synopsis: Young adult fiction winner Amy Ackley of Brighton, Mich. is a mother of three whose career has included a variety of jobs, from public administration to labor relations for top automakers. Ackley left home at the tender age of 16 and has supported herself ever since. Inspired by the loss of her father and two close friends to cancer, Sign Language tells the story of twelve-year-old Abby North. Her first hint that something is wrong with her dad is the scar that appears on his stomach after he goes in for kidney surgery. Soon, the thing she calls “It” has a real name: cancer. Before, her biggest concerns were her annoying brother, the crush unaware of her existence, and her changing feelings for her best friend, Spence. Now, her mother cries in the shower, her father is exhausted, and nothing is normal anymore. Nancy Werlin said the novel “tells its story beautifully and movingly, and it earns its hopeful ending. Ackley is without question a talented writer.”