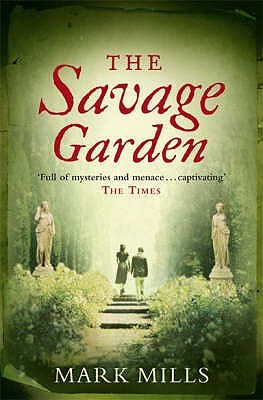 Book number 13 in 2014 was Mark Mills’ The Savage Garden. This book was on my 2014 Mount TBR Challenge list so I am pleased to say I have completed it and can strike it off my list.

I was a little apprehensive about this book as it is described on the back as an “atmospheric murder” and I’m a wimp – I don’t like scary books. However, it wasn’t that bad and I could have read it before bed. It wasn’t gruesome and there wasn’t too much suspense. It was a good story but I found some sections dragged a little bit as there was a lot of Greek mythology in the book and I know very little about that. I also found the sex scenes left little to the imagination, which puts me off the book too. I have rated this book 3 out of 5 because it was a good story.